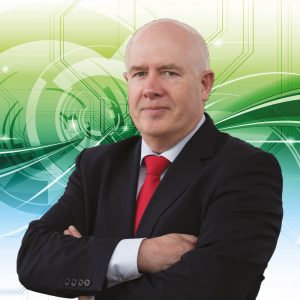 Local businessman from Ballina, Terry McShane opened his first store in Castlebar with co-founder Gerry Casey in 1998. Since then the retail group has grown to operate five Londis stores and four Circle K forecourts as well as Freshly Chopped, Supermac’s, and Four Star Pizza franchises. Leading the way for innovation in Irish food-to-go, the group’s number one brand and key driver is the Kitchen at Casey’s which covers all areas of foodservice. Developed in 2017, Kitchen at Caseys has seen significant growth over the past 24 months. In his presentation Terry will delve deeper into the process of taking a food-to-go brand the whole way from an idea to a fully-fledged concept.